Chef Kaiser Lashkari was born in Karachi, Pakistan, and his first dream was to be a doctor. He finished three years of medical school, and realized it wasn’t for him. At age 20 he left to pursue his new dream of going to America and opening his own restaurant. He attended highly regarded Hilton College at the University of Houston and earned a master’s degree in hotel and restaurant management. He worked a year for Marriott Hotels and also taught classes at a proprietary school as well as food and beverage management classes at Houston Community College. Chef Kaiser and his wife Azra Lashkari’s Himalaya Restaurant, now a 15 year old establishment, has received many accolades over the years. Anthony Bourdain visited Himalaya in 2018 and featured it on his CNN show, Parts Unknown. 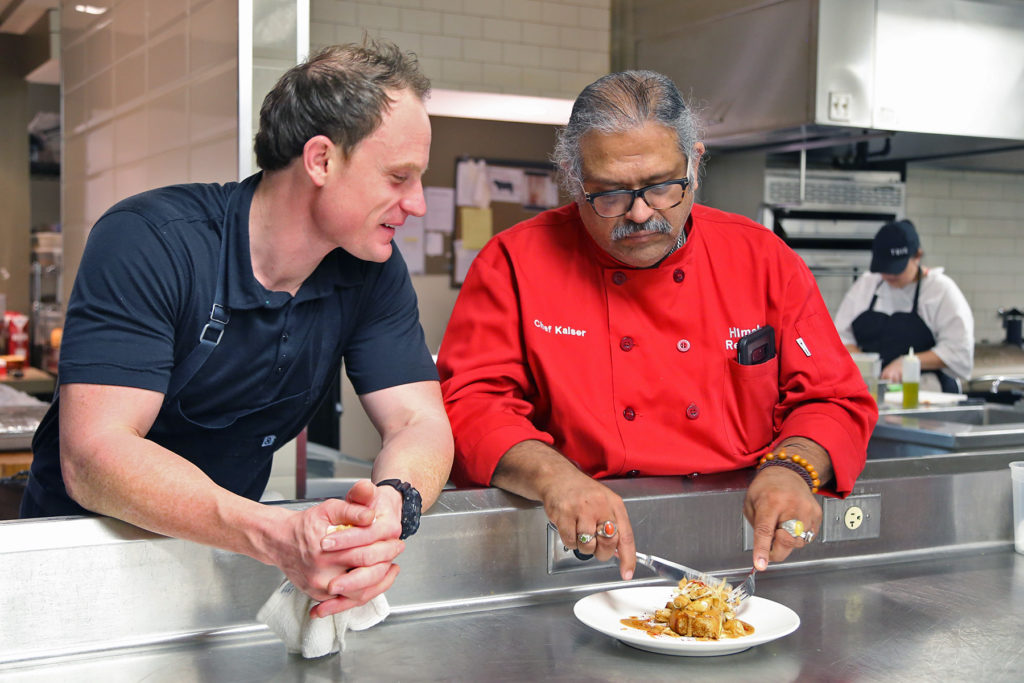