We regret to inform that the CollaborEIGHT Dinner Series with Chef Kevin D’Andréa on November 4th is canceled, and postponed to 2020.

Kevin D’Andréa has a modern take on food and wine from the Southern regions of France and his birthplace in Southwestern France. The 27-year-old D’Andrea was a finalist on Top Chef France in 2015, spent most of his life in five-star hotels and Michelin-starred restaurants in Paris, London, Las Vegas, and the French Riviera prior to settling down in Houston. 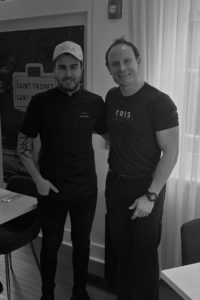